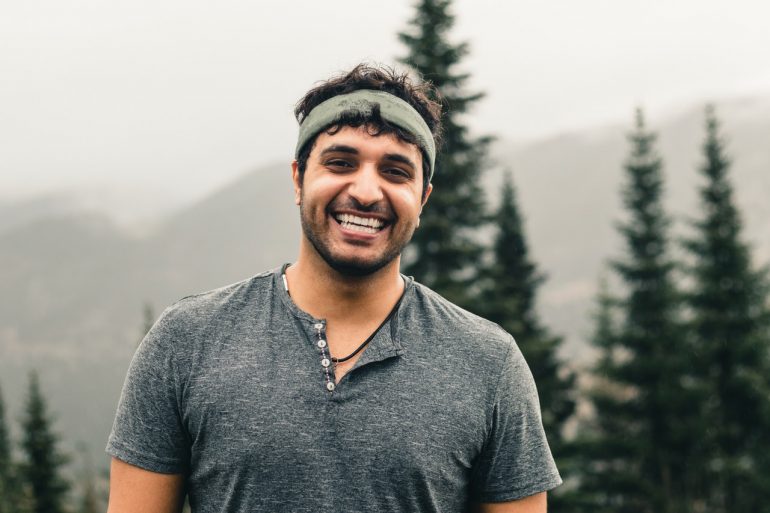 Rods curl underneath the body weight of albacores as these Fishin’ Lumberjacks fish from the deck of this Shogun vessel.

BEING KNOWN AS A “fish-head” would-be an insult to the majority of people, yet not to a particular group of HSU alumni. These Fisheries grads have now been coming together the past decade to fairly share their love of fisheries, Humboldt State and fishing regarding the available ocean. They affectionately dub on their own the HSU Fishin’ Lumberjacks.

They call their excursions “pelagic studies, ” which will be a technical method to say “searching for seafood in the wild water.” And it’s true, there’s truly a technical position to what they do. it is not unusual to capture them evaluating expert notes along with personal guidelines out on the deck. In addition to their particular dedication to sustainable fishing practices, they pay attention to climate habits, the colour regarding the liquid and general oceanography. If a person of those hooks an original species, all hands are on deck examining the catch, racking your brains on just what it is already been eating plus. However for many component, these voyages tend to be about friends, enjoyable and building community.

Chris DeWees made the gyotaku ink printing regarding the squid in the back of his collectible Fishin’ Lumberjacks shirt.

The theory for the group came whenever Fisheries alumni Craig Heberer (‘85), Dave Itano (‘79) and Eric Pedersen (‘84) had been working together learning tuna. Because they got to know both face to face and during fishing trips to the water of Cortez, they realized their shared connections to Humboldt State and to the decision associated with the open sea. After that, the trio teamed with Dave’s sibling Glenn Itano (‘77), and Ben Meyer (‘78), all HSU Fisheries grads, to prepare their first pelagic fish study.

“We decided it will be enjoyable to go down collectively and do what we love to do—fish, ” Heberer states. The four chose to phone as many Fisheries alumni because they knew and invite everybody on a weekend-long getaway for deep-sea fishing. During the time, they’d no clue they might develop an enduring tradition that will bring together years of Lumberjacks.

Since their first getaway, the Humboldt Fishin’ Lumberjacks have grown to a core number of about 15 anglers and an overall total of about 24 alumni each travel. Inspite of the limited room, a small number of newcomers continue to be able to interact each year.

Before they set out to water, fishers and their families attend the annual pre-trip barbecue. Here, they have the possiblity to catch up with old buddies and relive past trips through the group’s important and rich dental record. The telling and retelwling of their adventures is a vital custom for the Fishin’ Lumberjacks and simply one of the ways they always “solidify the brotherhood”—and they’ve got some very good stories like “The Night of the White Sea Bass.”

“Tim Eckstrom, our captain, had united states anchored up on this place nearby the Cedros isles with a couple bites although we settled in for supper. We had been fishing yellow tail, ” Heberer recalls. The anglers had to eat supper in 2 changes because of the group’s size. Although the very first group set to their meals, the next team remained from the deck to fish leisurely.

Throughout the dinner, Mike Shugars caught a white ocean bass. Then another angler reeled an additional ocean bass. And another. And another. Given that pleasure mounted, those on dinning table had been attracted from their particular half-emptied dishes onto the deck. That evening, the Fishin’ Lumberjacks fished in the evening, laughing and telling jokes. “The captain stated it was ideal water bass bite he’d noticed in 20-plus years, ” Heberer states.

Even if the fishing isn’t that exciting, the quality of the company keeps the anglers content. “We get five or six times, without interruptions, to build up our relationships in much deeper ways, ” Heberer claims. To many Fishin’ Lumberjacks, the team feels a lot more like family than a small grouping of old college buddies. It’s a bond they share both in the great times and also the bad.

When Humboldt grad and going back angler Carolyn Parker died from a sudden illness before their particular 2011 travel, the woman friends and family when you look at the Fishin’ Lumberjacks came together to commemorate the woman life. They assisted help both, through their grief. Nearby the Cedros Islands, certainly one of their most favorite and most fruitful fishing places, the group had a memorial at water for Parker, toasting the girl and recalling the impact she had on each of their everyday lives.